World Economic Forum is one of the renowned sources of knowing the global risks to our survival. With each new edition – and year 2020 edition is the fifteenth, inevitably, one first turns to the opening page of the report, to discover the Top Five Global Risks for 2020, in terms of their “likelihood” and “impact”. What has been trending and what has slipped down the chart comparing it to the previous years?

In the early years of the report, the risks were almost all economic, and between 2007-10, environmental risks did not feature in the top five at all. As the financial crash of 2007-8 and the menace from the banks receded, we had new human threats from “involuntary migration”, “data fraud or theft” and “cyberattacks”. But the bigger trend is how the risks have been going increasingly green (as colored in the report), shifting to the “environmental”.[1]

For 2020, all five of the top risks by likelihood, and four out of five for impact, relate to the environment. Beyond “extreme weather” and “natural disasters”, “climate action failure” which only moved into the chart in 2018, is now #1 for potential impact, overtaking “weapons of mass destruction” for the first time. There are also two new climate-linked entries to the top five risk impacts with “biodiversity loss” and “human-made environmental disasters”.

Without an explicit restatement of the question being asked from all the focus groups involved in ranking the risks, the scope of the Global Risks list has shifted.

From asking “What risks do you anticipate causing the biggest impacts next year?”, the question has expanded to “What are the long-term global risks that should be on next year’s agenda for action?” These are no longer just risks for the present, like extreme weather, but risks that relate to planetary stewardship.[2]

Climate change is having an impact, and will continue to have an impact. Even if all carbon emissions were to cease tomorrow, anthropogenic-caused climate change will still occur. Its effects are locked in for the foreseeable future due to the long atmospheric half-life for carbon. The extent of climate change and how we are affected by its impacts are completely dependent on the actions we take now. Reducing greenhouse gas emissions and adaptation are necessary actions to minimize climate impacts, like extreme weather events. Failure to mitigate and adapt are not ethically responsible options due to the global ramifications.

In the recent report the chair of the IPCC Mr Hoesung Lee said: “It shows that climate change is a grave and mounting threat to our wellbeing and a healthy planet. Our actions today will shape how people adapt and nature responds to increasing climate risks. He added: “The report recognized the interdependence of climate, biodiversity and people and integrated natural, social and economic sciences more strongly than earlier IPCC assessments.”

The IPCC’s consistent warnings to take appropriate and timely action to reduce hazardous air emissions and the global community’s continued failure to deliver on its promises point to lesser identities and interests as our preferences over the larger interests and benefits of the entire world. I am of the opinion that all the critical challenges facing the world, whether they be global environmental and climate hazards, the final world war, weapons of mass destruction, nanotechnology, the collapse of experimental technology, bioengineering pandemics, World Economic Disparities and famine, artificial intelligence or is the risk of extremism and terrorism are all caused by our separating worldviews based on the narrow spectrum of minor or primary identities.

Hardly few people know that our rigidity towards primary identities is supported by human psychological defense mechanisms that form and sustain cognitive biases. After deeply studying human personality in the context of the demands of the modern world, we identify the harsh reality that the average human brain is far from accurate and unbiased. While cognitive biases may have been adaptive heuristics to promote survival and reproduction in the Pleistocene environment of our evolutionary past, in today’s world of technological sophistication, industrial power, and interconnected societies, psychological biases can lead to disasters on an unprecedented scale. 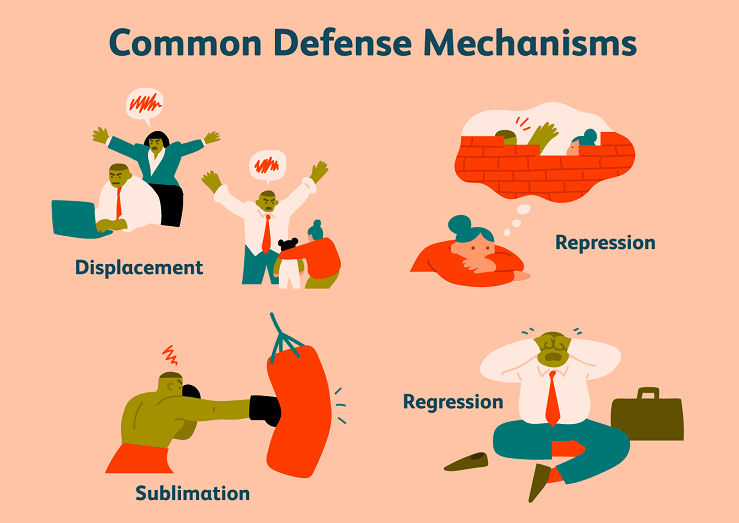 So it’s really important, first of all, to admire that most of us live with our cognitive biases because, most of the time, we don’t know that we carry them. According to several scientific studies, despite being highly qualified, intelligent and organized personalities, we usually do not deliberately absorb information. The brain, if not processed psychologically/mentally, uses our subconscious to sway our thinking for or against someone else, giving information a one-sided color to support our favorite group or worldview. In this way, we continue to add threats and fragmentation to our already endangered and divided world without realizing it.

When we let our minds to be free from the authoritarian one-sided approach through a challenging process of inner transformation, gradually the illusory and unreal veils of ignorance fall away and we recognize an all embracing and ever-compassionate beauty of nature that creates, organizes and embraces all of humanity and every phenomenon of nature with the same dedication and love. It frees us from the ordinary state of consciousness that mainly focuses on false pride and selfishness and mostly ignores a person’s precious relationship with all of humanity and the entire nature. This gives us insight into the natural diversity that interconnects us with a variety of other life forms on planet Earth to live in harmony and peace.

Only a processed or refined state of mind could endorse such a natural unity scheme that combines countless species in their limitless varieties, interconnects varied ecosystems to maintain environmental balance, unites billions of humans with distinct backgrounds and personality styles, and associates various religions with their variety of sects to give the natural scheme of interconnectedness and interdependence a holistic form.

[1] How Did the Global Risk Report Become Existential? By Robert Muir-Wood Chief Research Officer, RMS https://www.rms.com/blog/2020/01/24/how-did-the-global-risk-report-become-existential as viewed on April 1, 2022