The Earth's climate has changed throughout history. Just in the last 650,000 years there have been seven cycles of glacial advance and retreat, with the abrupt end of the last ice age about 7,000 years ago marking the beginning of the modern climate era — and of human civilization. Most of these climate changes are attributed to very small variations in Earth’s orbit that change the amount of solar energy our planet receives.

The current warming trend is of particular significance because most of it is extremely likely (greater than 95 percent probability) to be the result of human activity since the mid-20th century and proceeding at a rate that is unprecedented over decades to millennia1.

Earth-orbiting satellites and other technological advances have enabled scientists to see the big picture, collecting many different types of information about our planet and its climate on a global scale. This body of data, collected over many years, reveals the signals of a changing climate.

The heat-trapping nature of carbon dioxide and other gases was demonstrated in the mid-19th century2. Their ability to affect the transfer of infrared energy through the atmosphere is the scientific basis of many instruments flown by NASA. There is no question that increased levels of greenhouse gases must cause the Earth to warm in response.

After successful accomplishment of the previous 5 yearly campaign ‘Collective Action to Restore Environment’ (CARE 2102-16) in 2016 Green Living Association has announced its new 5 yearly campaign ‘Collective Action to Check Climate Change’ (CATCH 2107-21) with an ambition to approach each Pakistani to contribute his/ her part in controlling Global Warming. During our previous practical campaign ‘CARE’, Green Living Association has successfully achieved its target of increasing the number of associated Green Families from around 100,000 in 2012 to over 200,000 by the end of 2016.

The dedication goes to our committed Green Partner Schools with their commendable spirit in developing today’s students into tomorrow’s Environment Friendly grownup citizens.

The focus of ‘CATCH’ is to combat Global Warming – the most critical issue of the contemporary world. It's hard to think of many things powerful enough to disrupt life across our entire planet. We may take into consideration natural disasters like earthquakes, erupting volcanoes, terrorist attacks or catastrophic nuclear explosions, like the one that happened at the Chernobyl (Ukraine in 1986), but even they do not affect the whole Earth.

The evidence for rapid climate change 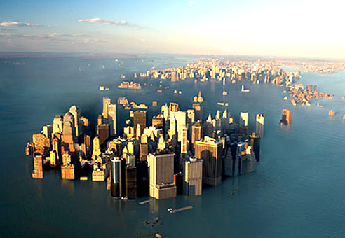 One of the most dire impacts of anthropogenic (man made) climate change is a rise in the global sea level caused by the melting of glaciers and land-based ice caps, as well as a smaller increase from expansion due to the higher temperature of the water itself.  Unlike some other predicted effects of climate change, this impact has already been observed for some time.  Indeed, not only is there evidence that sea levels are rising; there is also evidence both that the rate of sea level rise has been increasing in recent years and that it will continue to increase. Global sea level rose about 8 inches in the last century. The rate in the last two decades, however, is nearly double that of the last century4.

The planet's average surface temperature has risen about 2.0 degrees Fahrenheit (1.1 degrees Celsius) since the late 19th century, a change driven largely by increased carbon dioxide and other human-made emissions into the atmosphere5. Most of the warming occurred in the past 35 years, with 16 of the 17 warmest years on record occurring since 2001. Not only was 2016 the warmest year on record, but eight of the 12 months that make up the year — from January through September, with the exception of June — were the warmest on record for those respective months6. 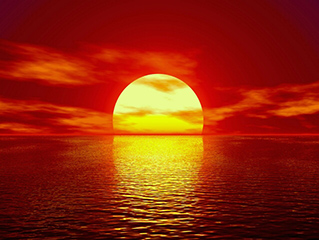 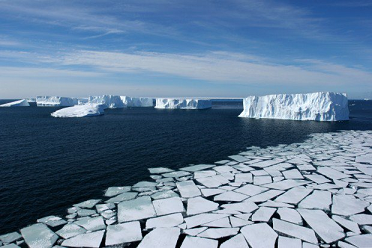 The Greenland and Antarctic ice sheets have decreased in mass. Data from USA's NASA's Gravity Recovery and Climate Experiment show Greenland lost 150 to 250 cubic kilometers (36 to 60 cubic miles) of ice per year between 2002 and 2006, while Antarctica lost about 152 cubic kilometers (36 cubic miles) of ice between 2002 and 2005. The polar ice sheets are indeed shrinking—and fast, according to a comprehensive new study on climate change. And the effects, according to an international team, are equally clear—sea levels are rising faster than predicted, which could bring about disastrous effects for people and wildlife. 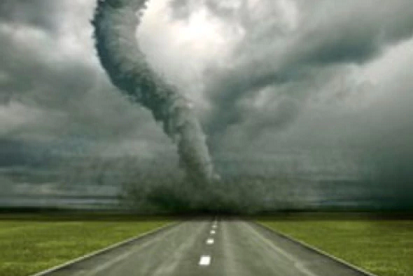 Recent weather events such as deadly heat waves and devastating floods have sparked popular interest in understanding the role of global warming in driving extreme weather. These events are part of a new pattern of more extreme weather across the globe, shaped in part by human-induced climate change. As the climate has warmed, some types of extreme weather have become more frequent and severe in recent decades, with increases in extreme heat, intense precipitation, and drought. Heat waves are longer and hotter. Heavy rains and flooding are more frequent. In a wide swing between extremes, drought, too, is more intense and more widespread. 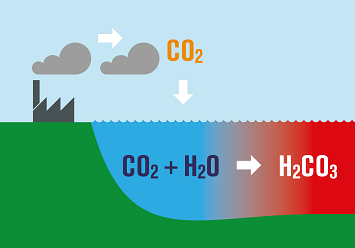 Given that they cover 70% of the Earth’s surface—and provide about 90% of the planet’s habitable space by volume—the oceans tend to get short shrift when it comes to climate change. The leaked draft of the forthcoming coming new report from the Intergovernmental Panel on Climate Change highlighted the atmospheric warming we’re likely to see, the rate of ice loss in the Arctic and the unprecedented (at least within the last 22,000 years) rate of increase of concentrations of greenhouse gases like carbon dioxide and methane. Since the beginning of the Industrial Revolution, the acidity of surface ocean waters has increased by about 30 percent11,12. This increase is the result of humans emitting more carbon dioxide into the atmosphere and hence more being absorbed into the oceans. The amount of carbon dioxide absorbed by the upper layer of the oceans is increasing by about 2 billion tons per year13, 14. 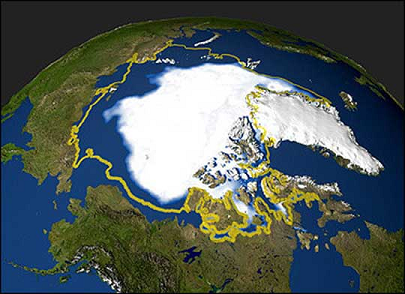