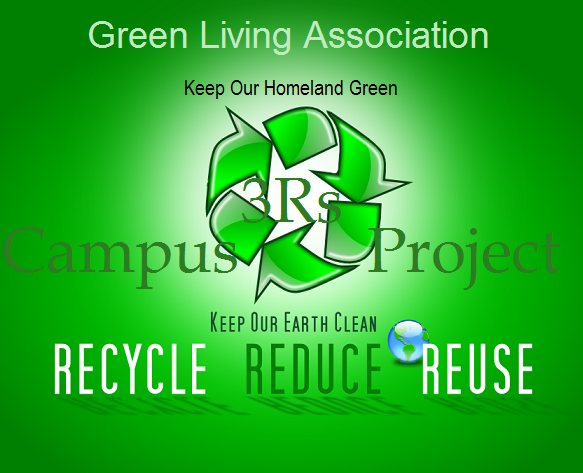 Green Living Association launched 3Rs Quiz in the last quarter of 2014 under its 5 yearly practical Environmental Campaign 'Green Ways' which was successfully accomplished in January 2015 with wonderful learning and participation by the Green Angels and their families. The schools' students from all grades have participated in ‘3Rs Campus Quiz’ which had been categorised in 3 categories in accordance with the students’ educational grades. Category 1 (Grade preschool to 3),     Category 2 (Grade 4 to 7)    &     Category 3 (Grade 8 to 12)

Prizes for the Participants

An Abroad Study Trip OR a Cash Prize of Rs. 100,000 along with the Crown Shield and the Certificate by Green Living Association

Prize#2
For Rest of the 3 Crown Green Angels 3 Prizes of Laptops were announced whereas Green Living Association increased the number to five. The Laptops have been presented along with the Crown Shields and Appreciation Certificates

There was a condition of at least 50 students participation from a campus to win this prize. However, we presented this prize to the campuses with their participation much lesser than this number. The Super Green Angel Prize included the Appreciation Shield for the Winner, an Imported Photo Frame and Recognition Certificate.

For Every Green Angel (Participating Student)

A Recognition Certificate by Green Living Association as a lifelong asset 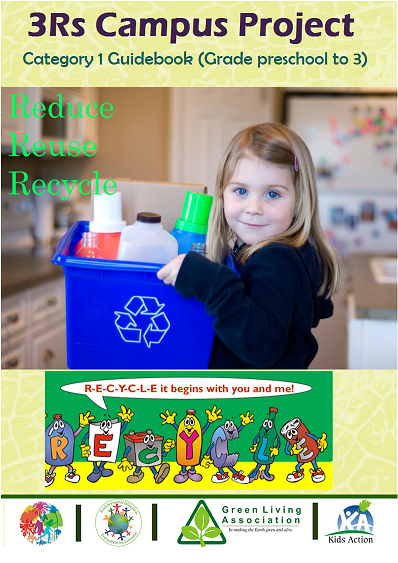 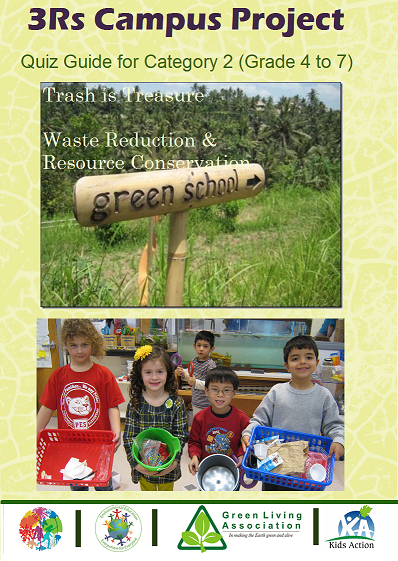 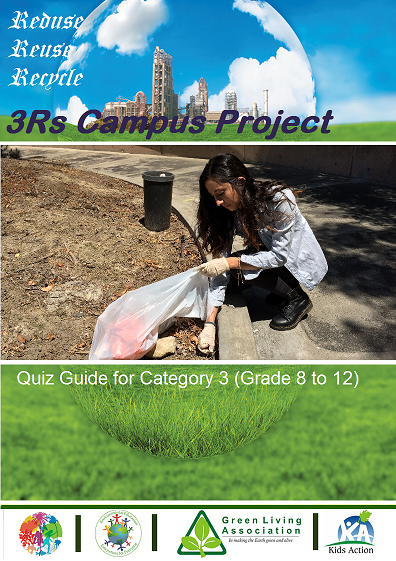 Under our gradual progression from theoretical to practical education the ‘3Rs Campus Project’ is focused to transform our conservation habits and practices in the school and community lives. The Guidebooks of 3R's Campus Quiz were designed according to the mental capacities of Green Angels in a particular category. A bit higher standard of the contents was to allow association and guidance by the Supporters (family members).

The objective of 3Rs Campus Quiz is to make Green Angels understand how a 3Rs (Recycle, Reduce & Reuse) project can improve their lives on campus and why sustainability matters for their education and practical lives.