GLASGOW, Scotland — The U.N. Climate Change Conference has resulted in a cascade of new pledges from nations large and small to reduce their greenhouse gas emissions, but they still fall short of the goal of keeping global temperatures below 1.5 degrees Celsius (2.7 Fahrenheit) of warming, according to an updated analysis released Tuesday afternoon.

Climate Action Tracker (CAT), an independent scientific analysis, studied every nation’s plan to reduce greenhouse gas pollution and found that the world is on course for between 1.7°C and 2.6°C of warming. The U.N.’s Intergovernmental Panel on Climate Change has warned that in order to avoid the catastrophic effects of climate change, temperature rise needs to be kept below 1.5°C.

By 2100, as estimated by CAT, a collaboration between the research organizations Climate Analytics and the New Climate Institute, warming will reach 2.1°C, an amount of warming that the IPCC has said will lead to devastating weather events and unleash feedback loops such as thawing of permafrost.

“It is clear there is a massive credibility, action and commitment gap that casts a long and dark shadow of doubt” over the national pledges, the CAT report states.

This latest figure, however, is an improvement on the trajectory coming out of the Paris conference of 2015, in which pledges would have led to an estimated 2.7°C of warming by 2100. But it is still short of where climate scientists had hoped to be at the conclusion of the Glasgow conference, also known as COP26, which is due to end on Friday evening.

The CAT report stands in contrast to a separate estimate issued Thursday by the International Energy Agency projecting that the actions promised in Glasgow could limit warming to 1.8°C.

The reason for the discrepancy is that some national pledges are lacking in sufficient detail to convince some experts that they are really going to be achieved. While the U.S. and China put out thorough projections of how they hope to reach net-zero emissions by 2050 and 2060, respectively, not every nation has been so detailed. For instance, India came forward last week with its first-ever emissions reduction commitment, saying it would reach net-zero emissions by 2070, but it has yet to fill in the details of how and whether that pledge will apply to all greenhouse gases or just carbon dioxide. As a result, Climate Action Tracker discounted India’s pledge and those of other foot draggers such as Russia, Saudi Arabia and Turkey.

It’s also worth noting that the world is not actually assured to reach 2.1°C of warming, much less 1.8°C. Even fleshed-out promises of action tend to be backloaded, and current policies lag even further behind. In fact, based on policies that are currently in place, Climate Action Tracker projects 2°C to 3.6°C of warming by 2100, with the most likely outcome being around 2.7°C.

That’s almost a full degree lower than the 3.6°C of warming that the group projected after Paris, based on policies in place at that time, but it’s also well above the target of 1.5°C of warming. “No single country that we analyze has sufficient short-term policies in place to put itself on track to its net zero target,” the CAT report says.

The United States, which is currently the second-largest emitter, after China, and historically the biggest by far, is a good example of why.

President Biden has pledged to reduce U.S. emissions by at least 50 percent from 2005 levels by 2030. But the Senate hasn’t passed his Build Back Better proposal, which might put the U.S on the path to achieving that. Other policies necessary to fulfill Biden’s promise, such as new rules to limit methane emissions, haven’t yet been instituted and may not survive judicial review.

In general, countries have made bolder pledges of major emissions cuts decades from now, with much more modest actions in the near future.

A U.N. analysis in September estimated that emissions will rise 16 percent by 2030, while the IPCC finds they need to go down 45 percent in that time frame. In order to underscore the necessity of more immediate action, CAT also did a projection of what would happen if the only pledges that are met are those that would occur before 2030.

“This is the critical decade that we are in,” Claire Fyson, co-head of the climate policy team at Climate Analytics, told Yahoo News. “If we don’t halve emissions from now until 2030, we really start to put 1.5[°C] out of reach.”

In recognition of precisely this problem, U.S. climate envoy John Kerry announced on Wednesday evening that the U.S. had reached a joint agreement with China that the world’s most populous nation will join an American-led effort to reduce methane emissions by 30 percent by 2030 and that both nations will make their best efforts to “phase down the use of unabated coal” in this decade as well.

Those newest pledges are not included in the report’s estimates. But China also hasn’t actually yet come up with a plan to achieve either of those goals — it’s just announced its intention to do so. And, as with all promises made in the climate change agreement, there are no penalties for failing to live up to them.

But Kerry’s announcement will eventually be modeled mathematically, and the world will then know just how much closer it has come to avoiding catastrophe — and just how much farther it has yet to go.

Global temperatures are on the rise and have been for decades. Step inside the data and see the magnitude of climate change.

COVID-19 has turned our societies upside down, and the devastating effects on the health and resilience of our communities will be felt far into the future, including through devastating debt, a slowdown in sustainable development and increased vulnerability to other health threats such as climate change.

In our global response to COVID-19, WHO has repeatedly urged that we must work together as one global family to address the impacts of the pandemic. Similarly, the global health treat of climate change requires global collaboration, increased finance, and the equitable sharing of solutions.

The Paris Agreement is the central instruments for achieving a more stable and safer climate for the next generations to come. At its heart, the Paris Agreement is about caring for people and protecting them from an uncertain and increasingly unsafe future. Everyone has the right to a healthy environment, free of pollution and its harmful consequences.

Over 40 governments have already submitted their updated national climate plans to the Paris Agreement (known as Nationally Determined Contributions, or NDCs), and these enhanced climate plans aim to include all vital sectors, including the health sector.

The same human activities that are destabilizing the Earth’s climate also contribute directly to poor health. For example, the main driver of climate change, fossil fuel combustion, also contributes about 2/3 of human exposure to outdoor air pollution, which causes over 4 million deaths a year. Including indoor air pollution brings the total to over 7 million deaths worldwide every year – about 1 in every 8 deaths.

The overall cost to human wellbeing, and to economies, is enormous. Air pollution alone costs an estimated US$ 5.11 trillion in welfare losses globally each year. In the 15 countries with the highest greenhouse gas emissions, the health impacts of air pollution are estimated to cost more than 4% of their GDP. Public concern over the health impacts of air pollution is an increasing driver of social movements for action on climate change and overall environmental protection. Meeting the Paris goals would result in health gains which are twice as large as the costs of the mitigation measures from improved air quality alone.

The health gains of climate action go well beyond air quality. They range from more sustainable diets and food systems addressing the rising burden of disease associated with overweight and obesity, to urban transport systems that facilitate walking and cycling, and bringing health gains from increased physical activity.

Weighing in both the impacts of health-damaging business-as-usual policies and the massive health co-benefits of ambitious climate policy, drives climate policies that are more ambitious and health-promoting.

The Global Conference on Health & Climate Change will bring together a wide range of key actors in public health and climate change policy in order to incorporate public health and climate justice considerations in the UN climate negotiations, and call for a healthy, green and resilient COVID-19 recovery.  It will highlight the initiatives, policies and cross-sectoral collaborations that are driving ambitious and healthy Nationally Determined Contributions to the Paris Agreement in the lead-up to COP26, and showcase the most prominent case studies of countries’ and communities’ efforts in taking ambitious climate and health action.

The conference will be organized by the World Health Organization – convening its 4th Global Conference on Health and Climate – and by the Global Climate and Health Alliance – convening its 8th Global Climate and Health Summit – in close collaboration with the Glasgow Caledonian University and its Centre for Climate Justice, the UK Health Alliance on Climate Change and other partners. 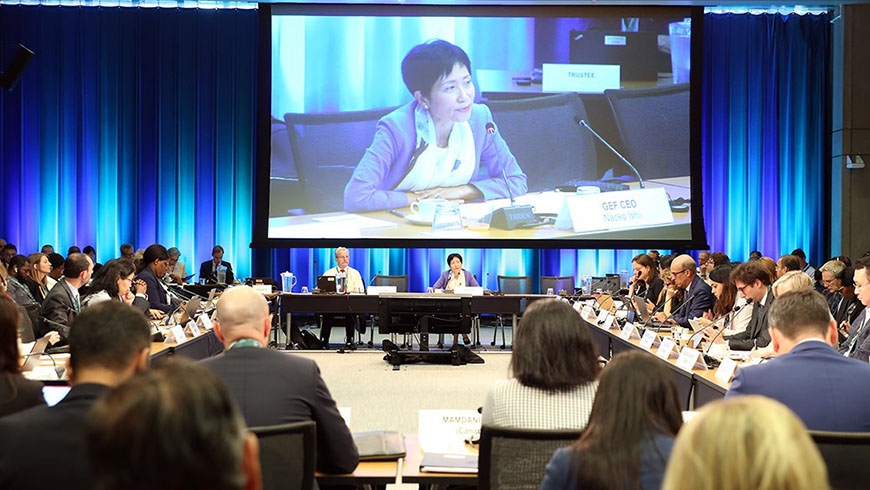 The overarching theme of the Conference will be Healthy and Green Recovery in line with the WHO Manifesto published in May 2020, and will include sessions on each of its 6 Prescriptions: nature, food systems, sustainable infrastructure, clean energy, cities, and stopping pollution.

The Conference will also highlight some of the main findings of the “The Health Argument for Climate Action – A COP26 Special Report”, as well as the health co-benefits of a broad range of climate policies, including clean energy policies; air quality measures; subsidy reform; smart agriculture and sustainable food systems; educational and civil society involvement; nature-based solutions and others.

A series of WHO-led initiatives, case-studies and workshops throughout 2020-2021 will feed into the outcomes of the Global Conference on Health & Climate Change, as well as the COP26 UN climate conference.

With courtesy of World Health Organization (WHO)